Earlier this year, a court judgement was delivered in yet another case where there was a dispute between 2 people as to which Will of a deceased person (there were two) was their true Last Will and Testament.

The court proceedings were commenced by the deceased person’s niece.  The niece was initially successful – judgement was given in her favour.

However, that judgement was not the end of the matter!  The beneficiary who lost “her” inheritance appealed the decision.  Her appeal was successful!

It’s a sobering reminder that whilst the evidence and the law may be on your side – the journey may be longer and considerably more expensive than anticipated.

As usual, this article focuses on preventing problems from occurring – rather than expensive solutions.

In 2001, a lady prepared a Will giving her entire estate to her niece.

In 2004, the lady prepared another Will giving her entire estate to her friend and carer.  This new Will totally excluded the niece.

Not surprisingly, the niece was not happy about the existence of the later Will, and commenced court proceedings to reinstate the 2001 Will as the lady’s last true and correct Will. 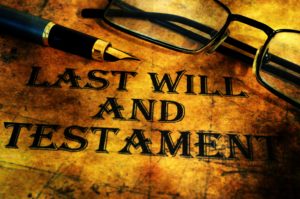 Last will and testament

The niece applied to the court seeking an Order that the 2004 Will was not a valid document and should be disregarded on the basis that the lady did not have testamentary capacity when she made that Will.  The niece argued that the 2001 Will was the valid Will.

RESULT:  The Court agreed and the niece succeeded!

The judge said there were numerous matters which seriously cast doubt on the cognitive ability of the deceased in the period leading up to the making of the 2004 Will.  The judge considered that the deceased had false beliefs, was delusional and was not rational.

The carer-friend appealed the decision, seeking an Order that the 2004 should be regarded as the final Will.   The carer-friend argued that there was insufficient evidence that the lady did not have testamentary capacity when she made that Will.

RESULT: The Court agreed – the Carer-Friend succeeded and the niece lost!

The court considered that there was insufficient evidence (a lack of objectively verifiable facts) to demonstrate a lack of testamentary capacity by the deceased person.  Indeed, there was other evidence of a disagreement with the niece; that the niece did not need the money; and that the niece had ceased to visit her. 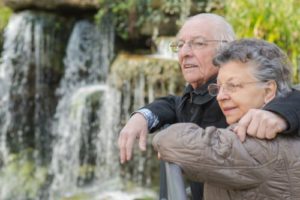 The Court provided an analysis of the elements of testamentary capacity, in particular considering the elements of an insane delusion.  Whilst the judgement is interesting for lawyers and medical experts, the purpose of this article is not to provide an overview of the courts reasoning.  Each case is determined by the evidence before the court as to the will-maker’s circumstances.

What is important to remember is that where there is a possibility that an argument could be raised about someone’s mental capacity at the time that they prepared their Will, the will-maker should be examined and assessed by a suitably qualified medical expert.  That expert should be engaged to provide a comprehensive medical report specifically addressing the persons capacity to make a Will.  A lawyer will set out what needs to be covered in the report.

In practical terms, this may be easier said than done.  Many will-makers are likely to be adamant that they are perfectly fine and the time and money spent on an examination and report could be better spent elsewhere.  It is hoped and expected that the medical expert will agree with the will-maker.

Apart from lawyers and medical experts, most people will not appreciate the benefits of being pro-active in obtaining this valid evidence – unless they have previously been through the tortuous legal process.  Not so long ago, I explained to a client that a medical report was recommended given her instructions as to her diagnosis.  The client was adamant that she would see a different lawyer who wasn’t insistent on getting “unwanted and unnecessary advice about something she already knew”!

As you appreciate, the problem to be solved won’t be the will-makers responsibility.  This arduous task will be left to the executor – perhaps supported by the affected beneficiaries!!

Disclaimer: The above is to be considered as general education. This is not advice and it is not to be acted upon without advice from a qualified professional who understands your personal circumstances.

Copyright © 2018 Wockner Lawyers. All Rights Reserved. Contact Wockner Lawyers – [email protected]. This article may not be used without the prior written consent from the author. See below for more details…

DO YOU WANT TO USE THIS ARTICLE IN YOUR E-ZINE OR WEBSITE? You can, as long as you include this text copy in its entirety:
For assistance with your next Property and Conveyancing transaction, or your Wills and Estate Planning arrangements, contact Wockner Lawyers.

LET'S TALK ABOUT YOUR PLANS

We protect the long term success of your family

We help you buy assets & protect your wealth